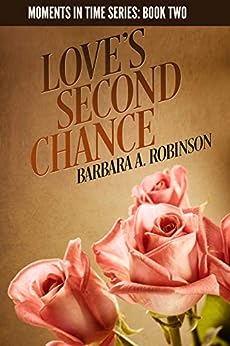 Love’s Second Chance is about a woman who saw her mother as an ugly disﬁgured woman, until she learned the circumstances of her mother’s disﬁgurement. Rebekah goes on a self-destruction trip in the abyss of life that lasted over twenty years. She and nine other women, who have gone through many trials, experienced many obstacles and overcame many hurdles in life before founding an organization to help other women. Love’s Second Chance discusses some of the women they helped and the men in the lives of those women.

The book is also about a man loving a woman so much he’s willing to wait a lifetime for her. For Beulah, Rebekah’s mother, life had seemed to lay nothing but pain and torment on her doorstep. But the shining light of her existence was her daughter, Rebekah.

However, as Rebekah got older, she managed to ﬁnd things to blame her mother for and she became increasingly embarrassed of Beulah.  This embarrassment created a wall of silence between mother and daughter that caused a deep and quiet suffering within the heart of Beulah. Day-day-by-day it tore her apart.

The truth was that Beulah was protecting Rebekah by withholding a secret. Rebekah learned of the secret after her mother had died. Faced with the guilt of understanding what happened to her mother and reﬂecting on how she had treated her, Rebekah sank into a long destructive period of depression.

This is a heart-wrenching, yet beautiful story of how Rebekah, and nine other women fought to rebuild and reclaim their lives after falling into the darkness of life created by circumstances sometimes beyond their control. Often hanging by a thread, each of these women had to ﬁnd something––anything––to help them to believe in life once again.

Rebekah had to look the hardest and the deepest to ﬁnd that core within herself that allowed her to rise up and ﬁnd her life, and her love.